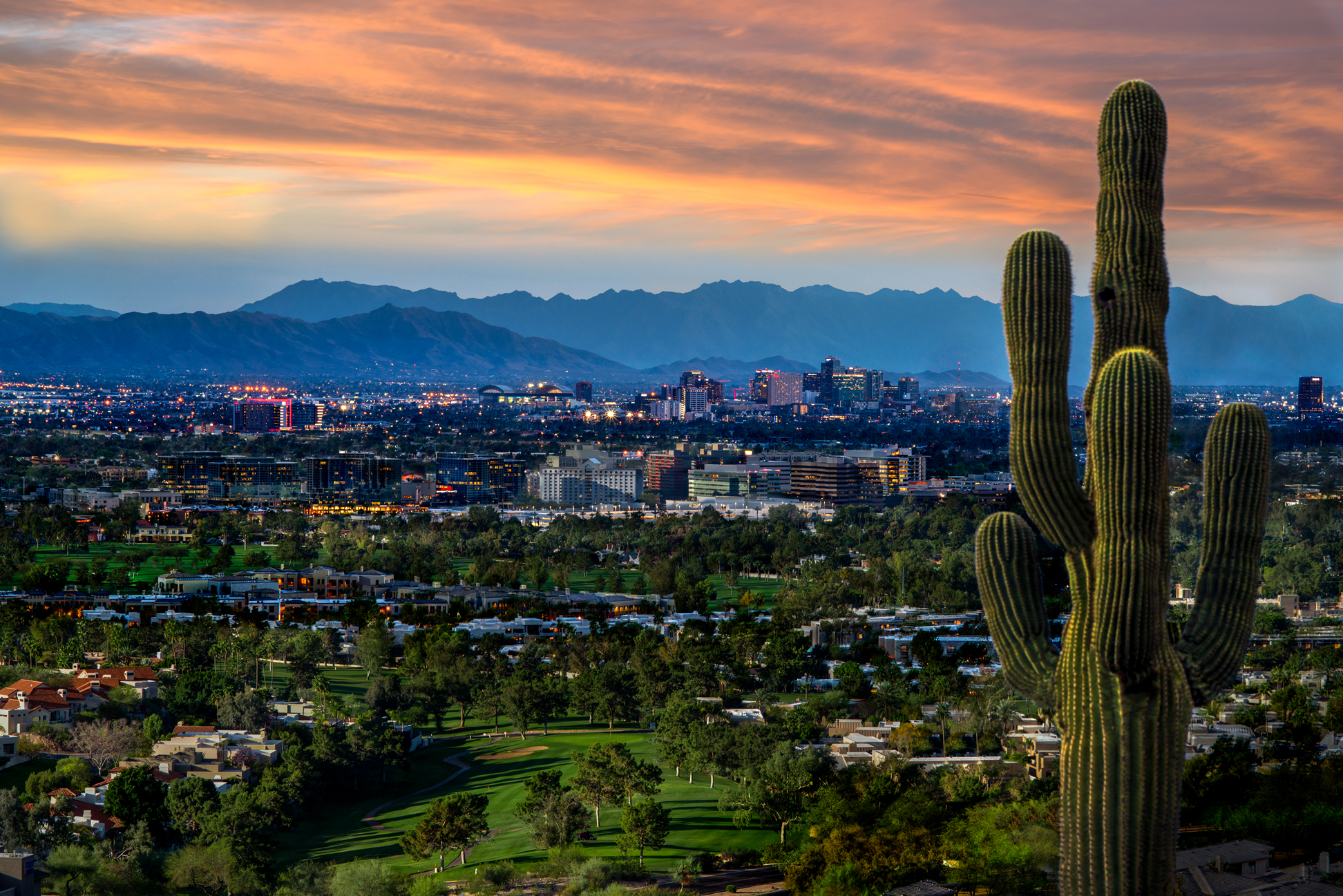 June was the 25th consecutive month that Phoenix topped home price increases on the S&P CoreLogic Case-Shiller report, at 29.3 percent year-over-year. Nationally, home price increases were at a record high in June with an 18.6 percent annual gain – the largest increase in over 30 years. All metropolitan areas included in the report had double-digit increases in home prices year-over-year in June with Chicago posting the smallest increase at 13.3 percent. Phoenix, San Diego and Seattle were the top three areas at 29.3 percent, 27.1 percent and 25.0 percent increases, respectively. The 20-city composite posted a gain of 19.1 percent according to the August 31 release.

U.S. house prices rose 17.4 percent over the year in the second quarter 2021, making it the 40th consecutive quarter of house price increases according to the Federal Housing Finance Agency House Price Index. All states posted a one-year price appreciation for the second quarter 2021. The five states with the largest price gains were Idaho at 37.1 percent, Utah at 28.3 percent, Arizona at 23.9 percent, Montana at 23.7 percent and Rhode Island at 23.7 percent. Given the top four states are in the Mountain region, it is no surprise that it was the area of the country with the largest price gains. The report provides data on regions, states and the largest 100 metropolitan areas for the purchase-only index. The all-transactions index, which includes purchase and refinance mortgages, provides price appreciation data for all metro areas. Three Arizona metros ranked among top metropolitan areas using the all-transaction index: Lake Havasu City-Kingman at 20.4 percent, Phoenix at 19.5 percent and Prescott Valley-Prescott at 17.7 percent. Other Arizona metropolitan areas had increases of 18.2 percent in Yuma, 16.8 percent in Flagstaff, 16.7 percent in Sierra Vista-Douglas and 15.7 percent in Tucson. 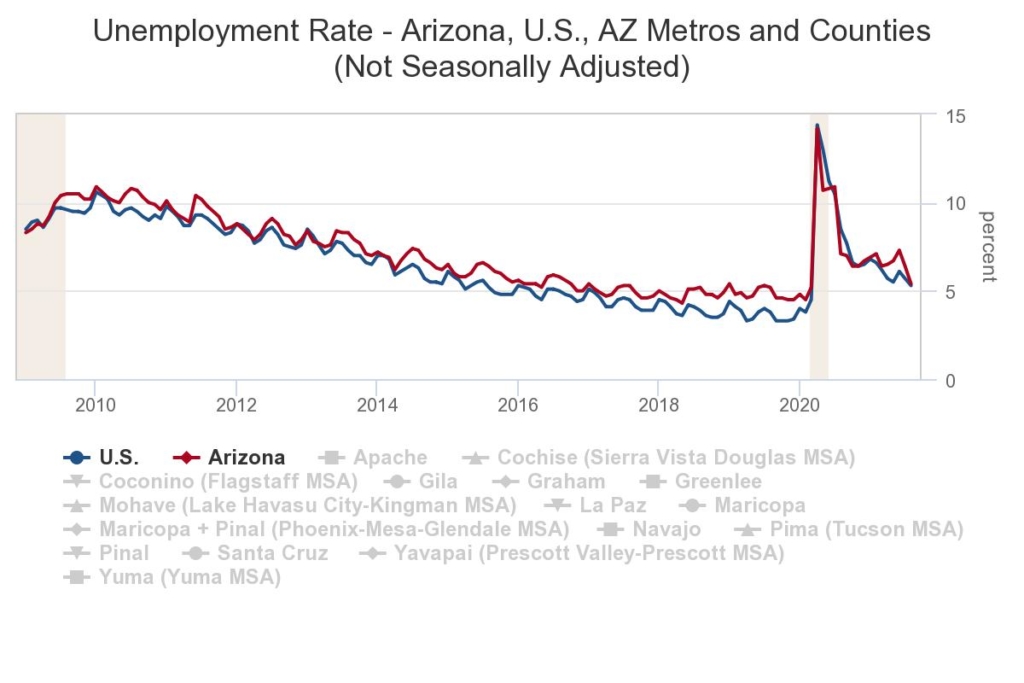 The U.S. gained 235,000 nonfarm payroll jobs in August, compared to a revised increase of 1,053,000 in July, seasonally adjusted. The monthly average increase so far this year has been 586,000 according to the September 3 Employment Situation release from the Bureau of Labor Statistics. Professional and business services followed by transportation and warehousing were the top sectors for increased employment over the month. The number of people not in the labor force decreased over the month but was still higher than this time last year. The seasonally adjusted unemployment rate for the nation ticked down 0.2 percentage points to 5.2 percent for August.

The U.S. trade deficit narrowed in July to $70.1 billion, down from a revised figure of $73.2 billion in June. Increased exports coupled with lower imports contributed to the smaller goods and services deficit. July exports were up $2.8 billion to $212.8 billion and imports decreased $0.4 billion to $282.9 billion. Exports of goods increased $2.7 billion and services increased $0.1 billion based on the September 2 joint release from the U.S. Census Bureau and U.S. Bureau of Economic Analysis. Year-to-date, the July goods and services deficit was 37.1 percent over the same period in 2020.

There were 826 bankruptcy filings in Arizona during the month of August, bringing the year-to-date total to 6,760, down 25.5 percent from the same period a year ago. The last time the year-to-date total for August was this low was 2007. Year-to-date, the Phoenix office was down 27.2 percent, the Tucson office down 21.4 percent and the Yuma office down 19.6 percent. La Paz was the only county to have a higher number of filings year-to-date for August compared to a year ago with 11 this year versus 10 last year. The Phoenix office includes Apache, Coconino, Gila, Maricopa, Navajo, and Yavapai counties. The Tucson office handles Cochise, Graham, Greenlee, Pima, Pinal, and Santa Cruz counties, while the Yuma office represents La Paz, Mohave, and Yuma counties.

Producer prices rose 0.7 percent over the month seasonally adjusted in August according to the September 10 Bureau of Labor Statistics release. Final demand goods increased 1.0 for the month, with a 2.9 percent rise in final demand food prices contributing to that. Final demand services increased 0.7 percent. The change in final demand index over 12-months, unadjusted, was 8.3 percent, which was the largest annual increase since November 2010 (when the 12-month data were first calculated).